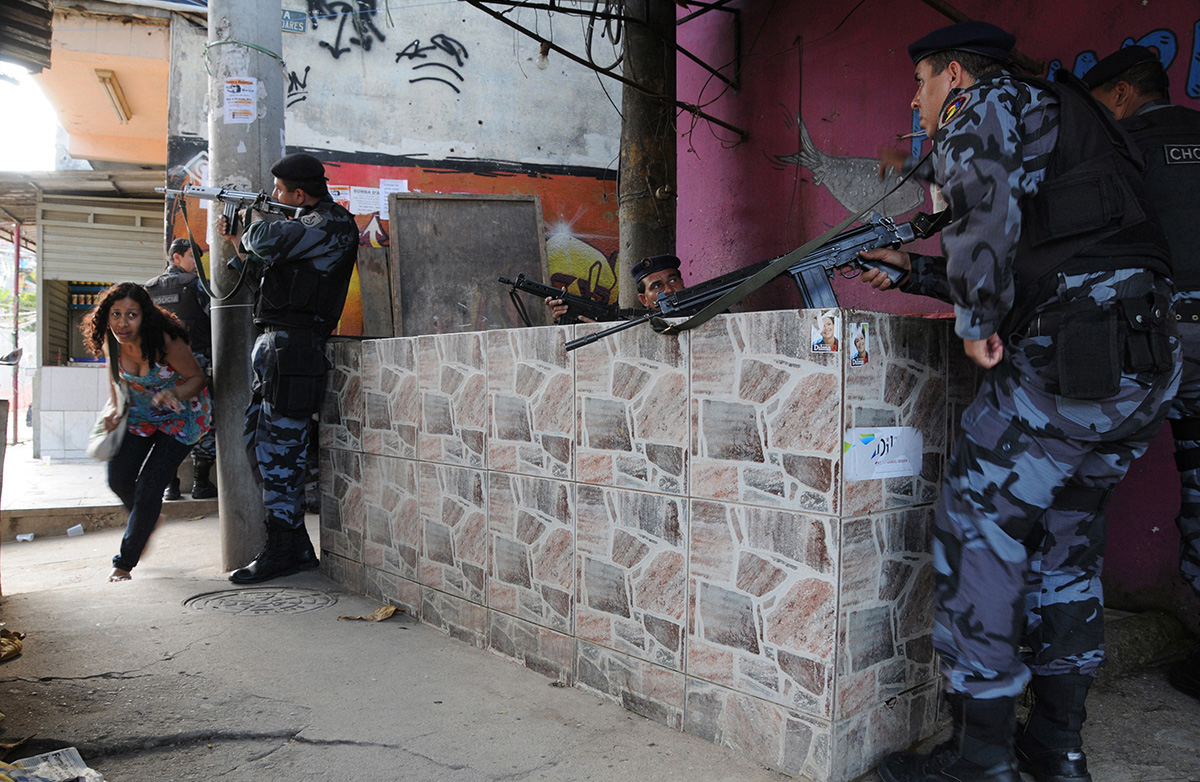 A woman escapes from a shooting between narco smugglers and policemen in one of the entrance of the Complexo do Alemao slum in Rio de Janeiro, Brazil on Saturday , 27 November 2010.
Brazil is trying to ‘clean up’ drug and crime plagued Rio before the seaside city hosts the 2014 football World Cup and the 2016 summer Olympics.