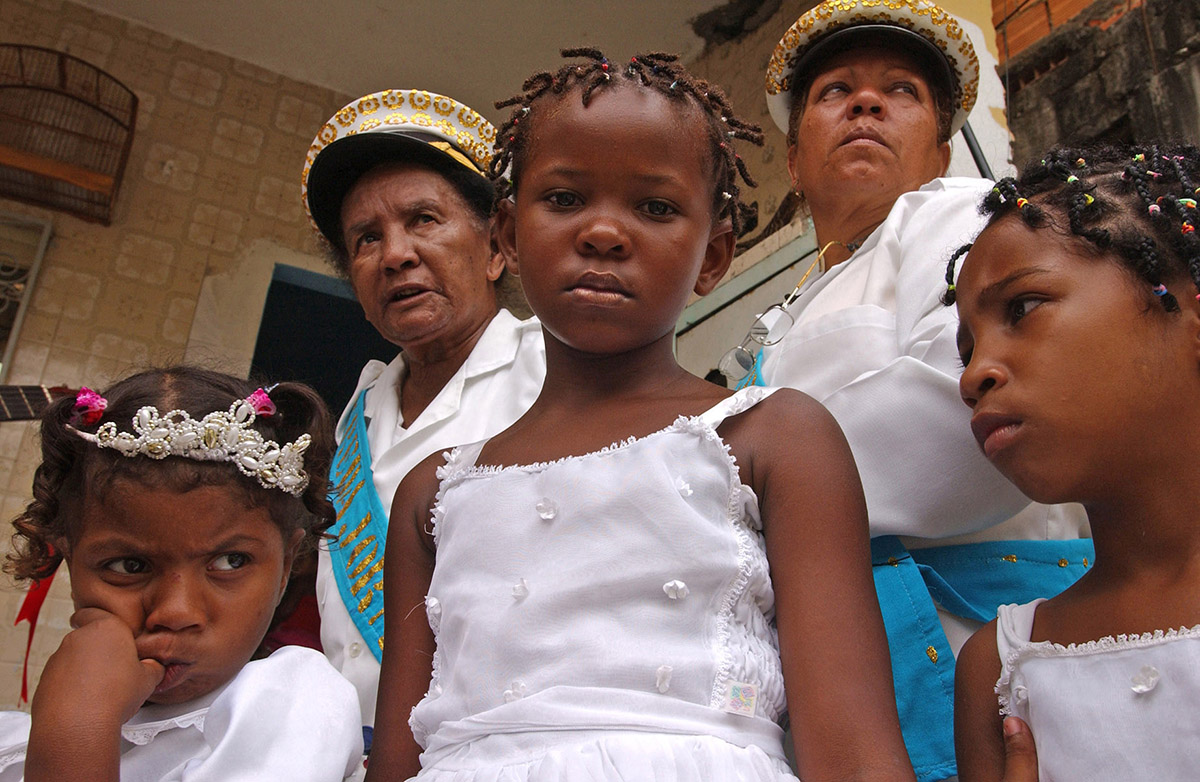 Left, Maria Neves, 86 years old, leader of one of the most popular Folia dos Reis groups poses with her family in Mesquita favela of Rio de Janeiro, is hold by one of group's components during a performance in Mesquita favela of Rio de Janeiro, Brazil on March 12, 06
Folia dos Reis (Madness of Kings) is a traditional fiesta present in the state of Brazil. The biggest concentration of Folia dos Reis groups are present in the Baixada Fluminense in Rio de Janeiro. It is a strong happening celebrated during all year long, but especially during the Eastern and Christmas times. Mariana Neves, 86 years old, is one of the most popular groups leaders in Rio de Janeiro. This group is mainly format from elements of Neves' family. family. The group dance and walk in the narrow streets of Mesquita favela (slum). Men, women and children are parts of the ancient family group. Neves is the main leader and she is responsible of the right execution of the performance. The groups tail contemporary stories to the people and not only the sacred stories ones, as literature's episodes, novels and chronicle news. The leaders of the groups wrote the words of the songs played by the music components group. The clowns tails the stories to the public and with their acrobatic performances are an important entertainment for the people joined in the streets. After the performance the group collect money offered by the spectators.