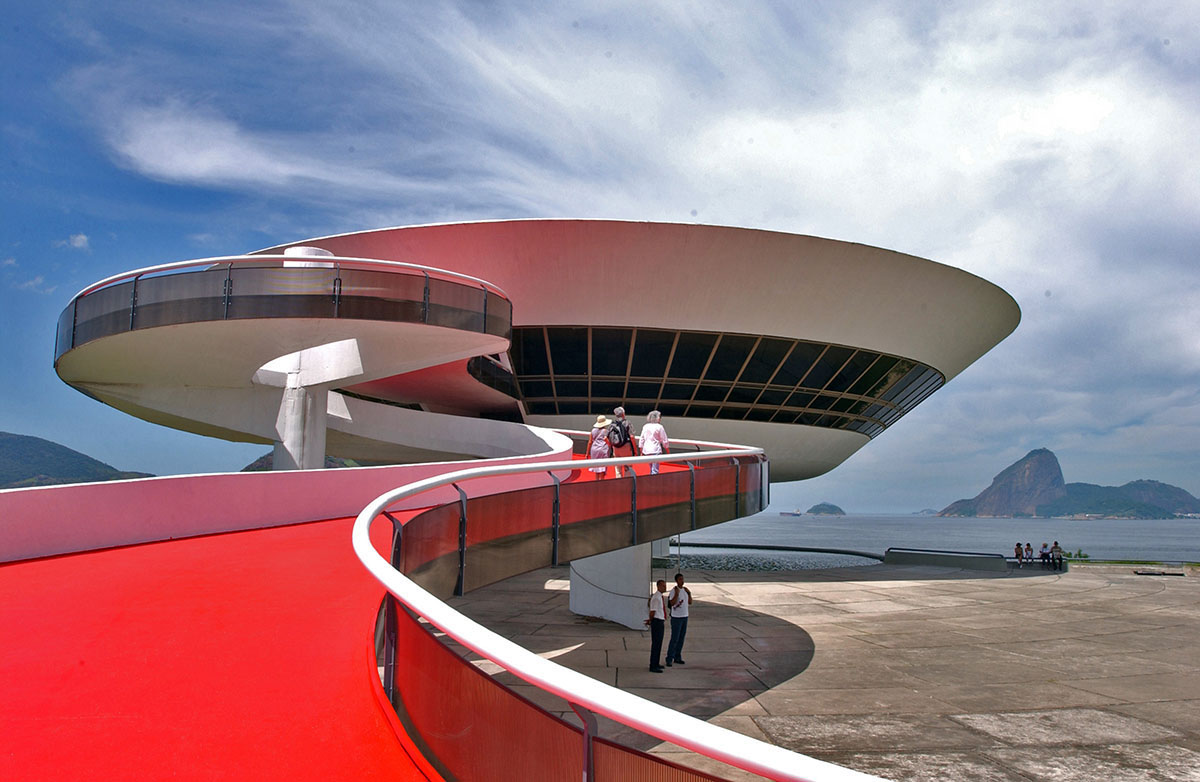 The Museum of Modern Art projected by the Brazilian architect, Oscar Niemeyer in Niteroi, Brazil. The city of Niteroi, across the Guanabara bay from Rio, is building Niemeyer's most extensive project since Brazil's futuristic capital, Brasilia, which he and friend Lucio Costa built in the late 1950s. Ten buildings, including a Catholic cathedral and Baptist church, a theater and the Niemeyer Foundation building, will form part of the “Caminho Niemeyer" (Niemeyer Way) in Niteroi. Niemeyer's Contemporary Art Museum opened there in 1996, one of hundreds of his buildings scattered around the world, from New York to Paris and Algiers. Niemeyer was one of the creators of the United Nations Secretariat building in New York. Among his latest works is the eye-shaped New Museum in Curitiba in southern Brazil. One of his most popular buildings, the Museum of Contemporary Art in the city of Niteroi, across Guanabara Bay from Rio, is a giant, white disc seemingly floating above ocean waters, which was completed in 1996. The Popular Theatre Oscar Niemeyer has been inaugurated in Niteroi on April 5, 2007. The event marked the beginning of the commemorations for the architect’s 100th birthday to be celebrated on December 15 with the delivery of the Museum and the Niemeyer Oscar Foundation.